On Thursday, 21 June 2018, the radio in my 2014 Ford Fiesta SE would not turn off. (For identification purposes, my car has a Ford SYNC with MyFord Touch radio.) I also couldn’t turn down the volume using the volume knob on the dash or the volume buttons on the left side of the steering wheel. I knew removing the negative battery cable would reset the radio and solve the problem, but so would removing the radio’s fuse, which would be easier.

I chose the latter.

With the car off and the key extracted from the ignition switch, I removed F10, waited five seconds, then replaced the fuse.

It’s been five days since this occurred and the problem has not resurfaced.

Radio is still working fine; problem has not recurred. 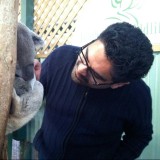 I am an instructor, programmer, and composer based in New York City.

Fuses are goid behind glovebox but stereo still wont turn on

I just had this problem with my 2014 Ford Fiesta SE, the service center wanted to rip out my dash to find the problem, quoted around $300 when I found this article and asked them to do this. It completely worked despite their doubts and saved me $300. Thank you so much for publishing this and saving me so much time and money.

Thank you for this. Today , Aug 9th I experienced exactly what was written above with my Ford Fiesta, 2014. I followed your suggestions and the problems were fixed immediately. I had even contacted my Ford dealership and made them aware of how you suggested the fix. Thank you agsin

Thank you for taking the time to post this. Worked perfectly.

Had the same problem. Your solution saved the dealer from charging me over $200 to reprogram the ACM.

We had this issue, and your solution worked! Thank you so much for posting

Had the same issue and your solution worked perfectly. Two months earlier I had the “won’t turn on problem”. Fixed that by disconnecting and reconnecting the battery cable.

I have a 2014 Ford Fiesta SE and I had this problem today, thanks for posting

I never post comments but this article saved my life and it also saved me a lot of money. You’re awesome.

Same problem (radio won’t turn off) in my 2014 Ford Fiesta SE. Your solution worked like a charm … Thank you!

Thank you for taking your time to explain this solution. It was extremely helpful. 🙂

Roy – I’m sending you good vibes today. Your post was easy to find. Your explanation was easy to understand and follow. And most importantly it worked. I had just made my last car payment when this happened so I was thinking the worst! You made my day.

I’m so very glad it helped, and I’m especially glad that you didn’t have to fork money over to Ford for the repair.

Hi Roy… had this problem previously but had gone to Ford to get it fixed..recently had another issue, a cracking or snapping sound under dash which was related to heating/cooling..that got fixed, but issues again with radio not shutting off, and volume not working..
Where does one buy a radio fuse?

I’m trying to fix this issue on my car. Would it be the same for a 2014 Fiesta Titanium and I have more then a #10 fuse behind my glove box. I won’t be able to take my car in till Saturday, do you have any idea if it will drain the battery?

We’ve had the same problem on our 2014 Fiesta Titanium. Pulling the fuse and reinserting will fix it for the time being. Yes, it will drain the battery and then your remote will not work to unlock it. A whole other issue to unlock the door, unless you leave it unlocked.
However, it just happened again, about 8 months later. We have the car at the dealership now to figure it out, as we can’t risk it continuing to happen. Don’t want to end up stranded somewhere. I haven’t found anywhere where someone has stated positive what the cause/fix is.

I am having the same issues. Something is causing the problem and resetting the fuse only does a power reset. Has anyone had Ford solve the actual problem

I had this problem in our 2013 cmax today. Different fuse but your instructions got me headed in the right direction. Thanks

Want to say thanks! My 2014 Ford Fiesta has been doing the same thing. Radio sticks on and would drain battery if left alone. Had to pull this fuse 2 times in past 6 months. Believe like a previous post mentioned, that it’s probably caused by faulty door switch. This is a quick fix. Thanks again!

This exact problem occurred today on my mother-in-law’s 2014 Ford Fiesta. I followed your instruction, removed and reinstalled the F10 fuse behind the glove box. Problem solved! The SYNC system rebooted itself and then everything worked fine. Thank you so much for providing this solution. 🙂

Thanks, that worked for me as well. The glove box fell out and the hardest part was putting the glovebox back in.

This fix worked perfectly for me. It’s the second time it happened to me. I don’t know if it’s related, but I was turning off the radio at the same time I was opening the door to get out. ?Timing issue in the software?

My 2014 Ford Fiesta’s radio does not turn off. I did the fuse pull and everything then worked fine. Several months later it occurred again. Took the car into the Peoria Ford dealership and then told me I needed a new radio. The cost is about $700. Does anyone know if a new radio will solve the problem?

I’ve had this happen several times with a 2014 Fiesta SE, and pull the negative battery cable and reattach to reset (I keep a 10mm in the glove box for this reason). Personally, since this appears fairly common, it’s for sure a piece of crap software (Sync, which is Microsoft, btw – so this is Ford’s version of a blue screen of death), I doubt spending $700 is going to do anything more than get you the latest version of the software bug! I wouldn’t recommend it, I’d live with it until the car dies, or you replace it and pass it to the next person to post on this site. 🙂

Hi 2014 ford fiesta owner here. Same radio problem after a major electrical problem that would take a lot of time to explain. I pulled the fuse and this killed my radio. Did not reinsert my fuse. I hadn’t seen this blog post. Now the radio display (not the information screen but the back light on the dash) will not shut off. I don’t think this is as big a battery killer as the radio being stuck on but still a drain. Will try the negative battery cable.

This has happened to me about 5 times, and once when I had the volume all the way down so didn’t notice the problem and it did drain my battery completely. Does anyone know of a permanent fix? I have ended up just leaving my glove box removed so I can easily access the fuse when it occurs. :/

I’ve had the same problem with my car’s battery going dead at random times throughout the car’s life. Been to the dealer, they have no clue. Could be the ECM Module (next to the battery), the Instrument Cluster, the SYNC/Bluetooth APIM Module (behind the center display, Ford had an extended warranty on this) trying to establish a connection, the Alternator (doubtful), or even something “simple” like a stuck switch (trunk light, etc) or wire ground (tough to find).

I’ve pulled my #10 Fuse and left it out to see if the problem returns: If it does, it *might* not be the APIM but doesn’t rule it out.

BTW: If the doors are locked when the battery dies just unlock the Driver’s door with the key. Tough part is you have to get to the trunk through the rear seats.

I am having a variation of the problem. I can turn Sync on and off but the screen stays on and gets hot even when the car is off. I did disconnect and reconnect the battery which obviously turned off the sync but it came on and wouldn’t turn off again the next time. Does that mean that the fuse probably won’t work either?

I had a similar problem, and your post helps me to find a solution, thanks !

This site uses Akismet to reduce spam. Learn how your comment data is processed.